At the invitation of teacher Cidália Lopes, of the Odivelas Group of Schools, the Mission participated in a tribute to Nelson Mandela on 24 February 2014, under the title “Mandela: the legate, memory and example”.  The invitation was to speak on South Africa and Nelson Mandela to an audience comprised of students of various ages as well as adults.

The Odivelas Municipal Pavilion was the venue for a wonderful exhibition of works of art and literature focusing on Nelson Mandela, executed by students from 8 different schools in the OdivelasMunicipality, ranging from pre-school to high school.  Following a visit to the exhibition, the event commenced with a performance by a group of students who sang South Africa’s national anthem and the song Asimbonanga, by Johnny Clegg & Savuka.  Another group of students danced to African rhythms, a young student read a letter to Nelson Mandela and another recited several poems also dedicated to Madiba.  Several school and municipal authorities intervened to evoke Nelson Mandela and his legacy, after which Ms Maria da Luz Marques talked about South Africa, which this year celebrates 20 years of democracy, and on Nelson Mandela and his life’s work.  The event was followed by a Port of Honour.

The Mission wishes to congratulate the students and teachers on their fantastic initiative! 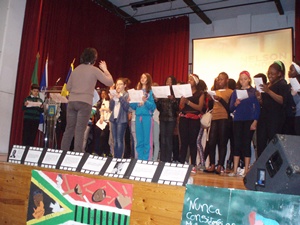 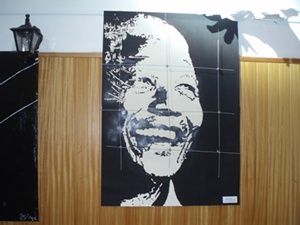 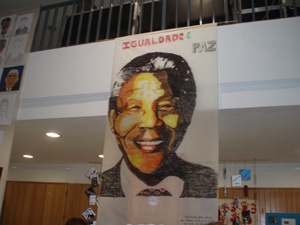